It’s impossible to quantify the impact an artist/musician has had on your life, but when they’re gone, the strange feeling of loss is equally hard to put a name on.  They’ve been a part of your ‘becoming’ and just like your first love, they will always have a special place in your heart.  And the fact that we’re talking about Prince… where do you even begin? Expressing complex feelings about a complex man in such a simplistic format is bound to fall short, but I’ll do my best.

I will never forget the first time I heard Prince – I was twelve years old and my brother had just bought his album 1999.  This was back in the days when you actually listened to albums and lavished over the artwork; I would go into our living room, put the record on full volume and listen to it over and over, learning the words and dancing my ass off!  I had never heard anything so vibrant, raw and passionate in my life.  And as for the man himself, he seemed so exotic and just oozed charisma and cool.  I mean, who could else could get away with a trench coat and heels?!  Then Purple Rain came along, a feature movie loosely based on his life, and this along with the now infamous soundtrack only further cemented my love for the music, the artistry and the man.  Yep, I was in love!

I never really ‘got’ guitar solos until I heard Prince.  I tried to get on board with Hendrix, but you just couldn’t dance to him!  Prince didn’t limit himself to guitar however –  teaching himself to play piano and drums as a kid.  He effortlessly and ceaselessly explored every genre from rock to jazz, funk to pop and made it unique. And that voice!  His crazy falsetto and the deep, sultry tones infiltrated your ears and your mind, shaped by some of the most thoughtful, puzzling and sexually explicit lyrics my young mind had ever tried to misunderstand.  And Lord, could he dance… in heels! He refused to be labelled or pigeon-holed and flourished in ambiguity.  The one constant in his ever-changing persona was his all out sex appeal.  As a young girl growing up in Catholic Ireland, Prince was a fascination and preached lyrically about everything the church tried to prevent!  He was so comfortable with his own sexuality and true to his nature that it gave his fans permission to explore theirs, without limits or rules.

It’s a very strange feeling when someone who influenced your formative years passes away.  It’s like a break-up: I keep thinking about him, listening to the old songs, reminiscing about the places I took him in my headphones or danced with him on a speaker.  Prince was an enigma and I want him to stay that way.  I don’t need to know how he died – although I’m sure the media will stop at nothing to bombard us with THE FACTS.  I hope not.  I hope his ‘people’ can preserve the mystique around Prince and let people discover the man in his music.  His tongue in cheek attitude; his singular vision that meant he wrote, performed and produced most of his albums himself; his intelligence, his ingenuity and his random penchant for twins!

Such a huge part of my life – thanks for the memories #PrinceRIP 💜💜💜 pic.twitter.com/Nz8NhOAQku

I’m sure every generation feels this way about their icons, but I just don’t think there will be anyone like him again.  My mother said that this was how she felt when Elvis died… a similar outpouring of emotion that proves how great art impacts our lives and connects us to people we have never even met.  Prince has been called many things – a legend, a genius, an icon.  To me, he was a visionary – a trailblazer who, right till the end, was all about the music.  He gifted us with the most amazing soundtrack to our lives and that’s why I’m writing this – to say thanks. 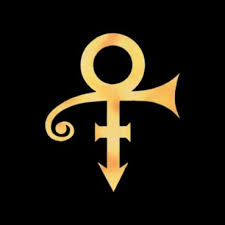 His catalogue of music is really astounding – just listening to all of the old albums, Around The World In A Day, Parade, Sign O’ The Times, Lovesexy, Diamonds & Pearls, Symbol, Musicology, and Planet Earth (I’ll have to invest in the ones I’ve missed).  Obviously I have a great fondness for the albums I listened to all through the 80’s and 90’s, but more recent hits like Chelsea Rogers and Guitar show that his song-writing was as fresh as it was back with The Revolution.  So how to end this post?  Well, I could put dozens of songs up here, Sometimes It Snows In April, Condition Of The Heart, I Would Die 4 U, Little Red Corvette, If I Was Your Girlfriend, Get Off, but the problem is that Prince removed most of his music from Youtube and other streaming services, all in his fight to reward the artist and not the corporations.  So I hope he’ll forgive me for sharing this one.  Rather than ending on a sad note, here he is at his irreverent best, with twins!  Goodnight, you Sexy Mother Fucker 😉

9 thoughts on “Sometimes It Snows In April”