As I strolled through the park the other morning (I say morning, could have been tea-time, but who’s counting) I realised that the life of a writer is really quite similar to that of an old-age pensioner.  Don’t switch off!  This is a good thing!!  Seeing as the public at large like to view the title of ‘author’ as something of a non-job anyway, may as well make the most of this life on the fringes (as opposed to life on the edge, which frankly, sounds a bit dangerous).  So when it comes to life in the slow lane, how does being an author prepare us for a future of being old and shuffle-y?!

2. Your postman has inexplicably become your next of kin.  He is the hinge on which the rest of your day swings.  I’m not normally a fan of unannounced visitors, but the fact that he never expects to move beyond the doorstep earns him a mark of respect in my book.  Year in, year out, we’ve shared stuff.  Him, bringing the fat brown envelopes returning my manuscripts, me ruing the rise of Grip Lit and my inability to jump on any of the passing bandwagons that could lead to literary success (I blame my dodgy knee).  Oh the laughs we share.  Good times.

3.  You’ve become adept at ‘making your own fun’.  It’s funny how hobbies are encouraged in children and the old, yet are frowned upon during those years that you’re supposed to be earning a living.  It’s a shame really, because we all need time to ‘play’.  For a writer, there are a lot of ‘in between’ moments, so it helps if you can nurture an interest in hobbies that won’t allow you to stray too far from the house – should the muse appear.  Old people manage to make all sorts of stuff fun.  Like playing bridge and gardening.  Still haven’t mastered that one yet, but I am trying (mostly by taking my naps in the garden – two birds, one stone.)

4. Time.  What was once a series of numbers representing points in time that required your appearance at a certain location, has now become a mere construct of your imagination.  Time.  Means. Nothing.  (Unless it’s four o’clock and my body instinctively knows I need to ingest some form of cacao.)  Old people can seamlessly settle into an hour-long conversation about weedkiller or gout at any given moment, day or night, and you have to admire their complete lack of respect for time (their own and other peoples’).  Postman (does he have a name?) will often ask me “What time will you be finished writing?”  How on earth can I know what time I’ll finish if I don’t even know what time I’m starting!?  Silly man.  He’s lucky I put up with him really.

5. You start using your GP visits for so much more than just moaning about your dodgy knee.  The clinic is the perfect place to find new characters, and you can discuss various new plot-lines with other patients in the waiting room (a captive audience if ever there was one).  You can then use the appointment itself to discuss the medical conditions of your characters.  As you get older, doctors expect this kind of increased interaction.  They’re totally cool with it.

6. When you have got all this time on your hands, you can afford to be a little mischievous.  Don’t waste the opportunity of visiting your local supermarket without doing a little ‘rearranging’.  Old people love messing with your head, so it’s good to start practicing this early.  In the spirit of Amelie, why not move the foot creams over to the toothpaste aisle, or replace the tags on a size five shoe with a size four.  Better yet, visit your local bookshop and put all of your favourite books in the bestseller section.  There’s far too much emphasis put on the next big thing in publishing, rather than quality books which may have a few more miles on the clock.  Look!  I’m even talking like an old person.  I’m not even speaking in kilometres!  The transition is complete 🙂

On a personal note, I have to admit that some of my best friends are old people!  We are an ageist culture and it’s a shame because the older generation can be so much craic to hang out with.  They’re not obsessed with their phones, social media or telling you where they went on holidays.  Aging can take things away, but it also gifts people with wisdom and a very low bullshit threshold.  I recently watched the documentary Older Than Ireland which interviewed several centenarians about their lives and how it feels to be old in Ireland.  The funniest response was from a woman who was 113 years, who said she was sick to death of people asking her what the secret to old age was.  In then end she started telling people she became a prostitute!  So you know what, maybe being old (or being an old writer) is something to look forward to and living a life beyond the norms is a privilege, at any age.

You can get my books here: 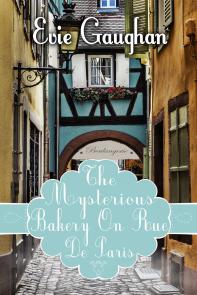 11 thoughts on “How Being A Writer Can Prepare You For Old Age!”