The year is coming to a close and we’re laden down in listicles, so it would be remiss of me not to jump on the bandwagon with some of my favourite reads of 2018. Now I should point out that I don’t necessarily mean books that were published in 2018, because that would be too straight-forward and I prefer to read in more of a zig-zag.

Eagle-eyed readers will remember that I got a bit trigger-happy during the summer and called my three favourite historical novels in May here (*spoiler* they were The Vanishing Of Audrey Wilde, The Mermaid & Mrs. Hancock and The Essex Serpent). So here are another three for the latter half of the year, which I would highly recommend.

OMG this book. If you want to know what it’s like to be trapped inside a game of Cluedo, then read this book. You know that a murder will happen, but you have to figure out who commits the crime by seeing it (literally) with fresh eyes every day. Because the day will repeat over and over until the mystery is solved. Turton has done something truly wonderful with this story – he has taken a formula we are all familiar with (murder mystery) and created something original. (The bastard). I’m also angry that he has written one of the best opening sequences I’ve read in a long time. You are instantly in the middle of the action and rooting for the poor Sebastian Bell, who appears to have lost his memory but is adamant on finding a woman he thinks murdered in the woods. Since reading it, I wonder if the characters were written in a sequence to capture the reader, as much as they are to catch the murderer. THAT’S how clever it is! If you enjoy some retro Agatha Christie in a Groundhog Day mash up, all served with a twist, then this is the book for you. 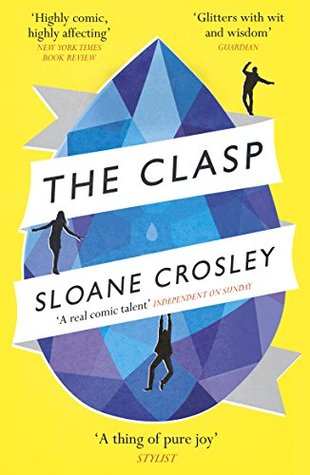 Time for some contemporary fiction. It’s hard to find a good contemporary novel that straddles the genres of literary fiction, humour and romance, but when you find a good one, it’s certainly worth the wait. The Clasp is clever, funny and utterly unsentimental. It’s strange how books find you at the right time. I’d been seeing an acupuncturist (for acupuncture – not dating) and we often spoke French together (because we’re total eejits) Anyway, she recommended I read some short stories by Guy de Maupassant and I found a copy of The Necklace in my local bookshop (Charlie Byrne’s literally has every book under the sun). As it turns out, The Necklace is a famous short story (with a twist that I won’t spoil) and it forms the basis of the plot in The Clasp, which fell into my lap a few weeks later. Three disenchanted college friends, who meet up at a friend’s wedding years later, are all trapped in the bourgouis pretence of trying to look happy and successful, while leading rather unfulfilling lives. But the legend of a priceless necklace sets them on an adventure that will shake up the status quo. It’s a story within a story and as I said in my Goodreads review, it reveals a universal truth; sometimes we just need to believe in somethingorder to believe in ourselves. 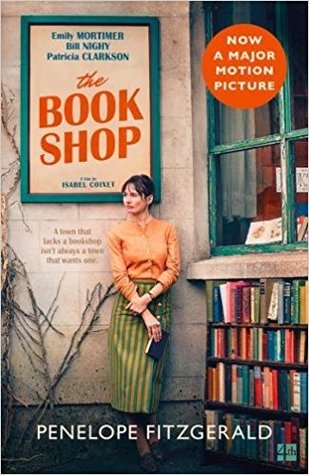 Last but not least, a novella that was first published in 1978 and shortlisted for the Booker Prize. The Book Shop is a story about a determined young woman who wants to open a bookshop, despite the fact that the building is haunted and certain figures in the community do not want her there. Beautifully written, I only wish it could have been a bit longer, but that is the charm of novellas – the author uses such an economy of language to create the greatest impact. Reminiscent of Joanne Harris’ Chocolat – where an outsider comes to a community and their mere presence seems to shake things up, but not always for the better. Penelope Fitzgerald is a new author to me and one I plan to read more of in the future.

So there you have it, three very different and very absorbing reads. Of course, if the mood takes you, you might fancy something with a bit of magical realism, historical AND contemporary fiction…. Then look no further than my latest novel, The Story Collector. Inspired by a young anthropologist from Oxford University who came to Ireland in search of fairy stories in 1910 – it’s described by the Irish Times as having ‘all the warmth and charm of a fairytale‘. You can even read a preview on Amazon to see how BRILLIANT it is 🙂