Lá Fhéile Pádraig Shona Daoibh!  It’s that time of year again when the Irish culture is both celebrated and bastardised the world over by well meaning ambassadors and not-so-well meaning drinks companies.  Contrary to popular belief, our national pastime isn’t drinking porter and it frustrates me that with every passing year, our day to shine in the world’s spotlight is sabotaged by leprechaun hats and a drink that was invented by a unionist and is now controlled by a British multinational drinks company.  And as the rivers run green and landmarks throughout the world are bathed in bright green lights, let us not forget that Saint Patrick was in fact, Welsh.  Thanks Wales.  Up to that point we were just a bunch of stoners honouring the moon and trees and stuff.  Good times.

But I’m not going to spoil the party (much) with a long-winded rant.  I have some very happy memories of St Patrick’s Day as a child.  It was the one day when God, who had made a very Irish agreement with Patrick, gave us all the day off from Lent.  All of us kids raced down to the corner shop as soon as the parade was over and stocked up on every kind of penny sweet we’d been denying ourselves for the previous few weeks, then proceeded to gorge ourselves on chocolates and sherbets for this one sweet day of reprieve.  That, to me, is the heart and soul of the Irish psyche; we like to do what’s expected of us, but by God we’ll do it our own way.  At least, that used to be Ireland before Europe got their hands on us.  800 years of British oppression and we never lost our ‘cute hoor’ mentality until the Germans got involved.  Perhaps it was the bailout that did it.  There’s nothing to shake a country’s confidence in itself than almost going bankrupt and losing its sovereignty.  Although it was small signs of rebellion such as this that kept all our spirits up!

But the group of people to whom this day matters most is the Irish diaspora (or #teaspora as they’ve been lovingly referred to) who are probably celebrating our 17th March holiday this weekend.  I’ve spent Saint Patrick’s Day in Athens, Toulouse, Montreal and London and I’m not ashamed to admit that nothing makes you pull on the green geansai quicker than a Paddy’s Day abroad.  We are a maudlin lot and really hate to be away from home; yet we can’t get out of here quick enough!  As our national carrier states: We are a nation with the travel gene. Still, it’s all fun and games until there’s an economic recession and we are compelled to leave (yet again) in order to make a living.  Thankfully, we receive a kinder welcome now than our forefathers did (yes, there were signs that read ‘No Blacks, No Irish’).  But we can be friends with England now, because the Queen said so, which is a relief as half my family are Londoners!

So, what does the future hold for our country?  Well, on this very special 100 year anniversary of the Easter Rising, I believe that Ireland’s future lies (as it did back then) in the arts and creative sectors.  The rebellion was fought by a group of dreamers who had the vision and the courage to shape a new Ireland, free from the shackles of the past.  Today, we have so many talented storytellers, who don’t have to rely on the traditional ‘top of the morning, is it yourself that’s in it?’ image to get noticed.  Just look at this years Oscars; we had two novels adapted for screen – Room by Emma O’Donoghue and Brooklyn by Colm Toibin; a best director nomination for Lenny Abrahamson and a best short win for Benjamin Cleary.  A culture, when trying to reflect upon its own nature, will invariably have a jaundiced view.  However, it is our stories that offer the greatest insight into who we are as a people. So if you’re a stranger to Irish authors, why not celebrate our national day this year by discovering writers such as Niamh Boyce, Martina Devlin, Ken Bruen, Anne Enright, John Banville, Paul Murray.  There’s more to Ireland than Joyce and Yeats, and if we’re talking music, there’s more to Ireland than U2 and Enya!  If you’re looking for a place where music, film and literature meet, why not check out Roddy Doyle’s timeless classic ‘The Committments’.  Only after you’ve watched Neil Jordan’s Michael Collins so you can find out how the Republic of Ireland was born, in a Hollywood kind of way!

So Happy Saint Patrick’s Day everyone and I hope you’ll celebrate whatever ‘being Irish’ means to you.  Maybe it’s just a time to welcome spring, from which all hope is eternal 🙂

You can read The Cross Of Santiago for free on Kindle Unlimited.

‘When a long-lost aunt bequeaths a mysterious golden cross to Amanda Morrison, a strange series of events ensues. On a quest to find the truth about her family’s past, Amanda unlocks the secret to an ancient love story, destined to find its happy ending. Set in Ireland’s medieval past, this is an epic tale of love, redemption and the power of a soul’s promise.’ 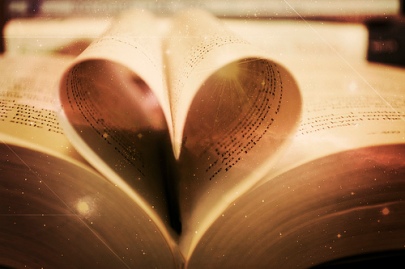 “There are three rules for writing a novel.  Unfortunately, no one knows what they are.”

I could probably write a trilogy full of writing rules, do’s and don’t’s, tips and no-no’s when it comes to writing a best-selling novel.  Naturally, there are general rules like, a story must have a beginning, a middle and an end; a character arc and plot that creates tension, conflict and finally, resolution.  But I’m talking about the endless advice/warnings that appear on the submission pages of literary agents and publishers alike, like lists of prerequisites to get into the cool best-selling gang.  Essentially, a formula.

This really came to my attention last week as I was reading Life of Pi (I know, way behind the curve).  What can I say?  I like to do things in my own time.  Anyway, I’m being lulled along with lush descriptions of a zoo in India and a boy’s curiosity for religion when it dawns on me… why isn’t he on the boat with the tiger yet?  (I’ve seen the trailer).  It is only around the Chapter 30 mark that they even begin to discuss the trip overseas.  I couldn’t help thinking to myself about all the times I’ve heard agents cry, “If it hasn’t happened in the first three chapters, forget it.”  So who signed this book on the basis of it’s first three chapters?  Obviously someone a little more open-minded and less stringent when it comes to the best-selling formula.  Someone patient enough to let the story unfold.  Or perhaps it was the synopsis “Boy and bengal tiger in boat” that did it.

It’s a great story and an enjoyable read, but it doesn’t fit the formula that so many editors and agents insist we strive for.  Not only do you have to grab your reader in the first three chapters, you’ve got to snatch them at the first line.  Now don’t get me wrong, I love a good opening line, but I’m beginning to think that a lot of commercial fiction is churned out according to these formulas, making for a fantastic beginning and an anti-climactic, disappointing middle and end.

I enjoy books that stay with me… for days I was on the Pacific ocean with Pi, his thoughts and experiences lingering in my mind.  But how many times have we bought into over-hyped, formulaic novels that leave you feeling as though you’ve been duped?  Then I have to try and pawn them off on someone else because I literally don’t want them in my house!

So my point is this; don’t fret if your book doesn’t fit the mould for best-sellers.  Often, people don’t know what they want until they get it and no-one can really predict what readers will enjoy.  The best advice is to write the kind of book you would like to read, then at least you know you’re being true to yourself instead of pandering to the masses.  And like Mr. Maugham said, there are rules, but damned if anyone knows what they are!

Just so no-one can accuse me of throwing the baby out with the bath water, here are some interesting insights from prize-winning authors you might enjoy:

Restrict your browsing to a few websites a day. Don’t go near the online bookies – unless it’s research.

Keep a thesaurus, but in the shed at the back of the garden or behind the fridge, somewhere that demands travel or effort. Chances are the words that come into your head will do fine, eg “horse”, “ran”, “said”.

The first 12 years are the worst.

Only bad writers think that their work is really good.

Write whatever way you like. Fiction is made of words on a page; reality is made of something else. It doesn’t matter how “real” your story is, or how “made up”: what matters is its necessity.

Marry somebody you love and who thinks you being a writer’s a good idea.

Don’t take any shit if you can ­possibly help it.