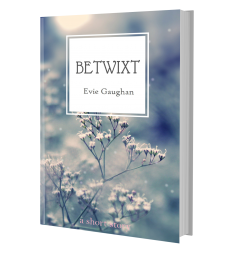 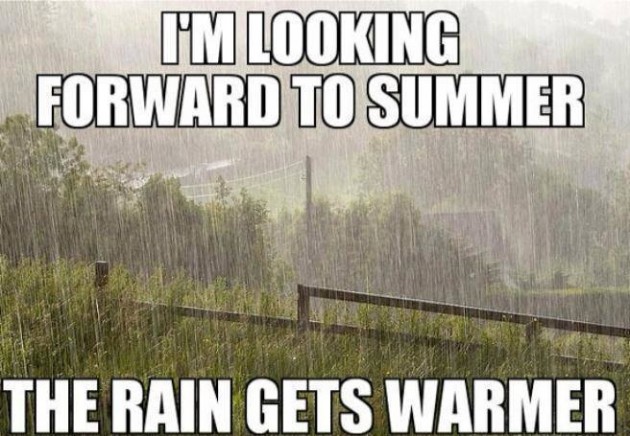 Ah yes, it’s that time of year again when the hope and expectation of beach barbeques, ice creams and bikinis is dashed by plummeting temperatures, howling gales and NEVER-ENDING rain!  If the definition of insanity is doing the same thing over and over and expecting different results,  then call us crazy because we keep searching for the mythical season that is summer.  Having said that, Ireland is home to the ‘All Seasons In One Day’ phenomenon, so really, it’s just a matter of knowing where to look.  I found summer at eight o’clock one morning last week, but she swiftly disappeared by eight thirty under a steely grey cloud, soon followed by rain and thunder. 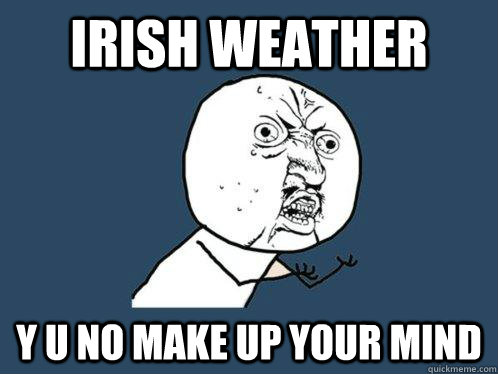 The weather forecaster becomes public enemy number one.  ‘Sunny spells’ sounds more like a witch’s curse used to torture us with tiny glimpses of the summer we could have had, if it wasn’t for the big blue blob that relentlessly sweeps in from the west.  ‘Just tell us something good!’ we cry.  ‘Tell me lies, tell me sweet little lies you harbinger of doom!’

It can be depressing, living under these grey skies.  One individual even wrote a book about how many shades of grey there actually are!  Poor cow.  Apparently it’s a trilogy.  They’ll never sell.  But you can’t let it get you down, you’ve still got to get out there and make the best of it.  What is it the Norwegians say?  There’s no such thing as bad weather, just bad clothes.  Right, well I’ll just pack away the flip-flops for another year then.

Although we shouldn’t grumble too much.  We did have those two glorious weeks at the beginning of June where the sun shone like an Unidentified Flying Object in the sky and Irish people had the rare opportunity of drying all of their washing outside.  Comedian Colm O’Regan noted a kind of washing ‘ennui’ setting in as people realised they had washed and dried everything they owned, but the sun was STILL shining.

For the 5th day running Ireland’s total clothes-drying energy (3.4MegaWashes) was powered by renewables. We’re even taking in sheets from UK

And yeah, I sunbathed.  I sunbathed my ass off!  If you can call sitting out for 15 minutes and squeaking “Jesus, that’s almost TOO hot” before running back inside, sunbathing.  But the point is, I wanted to sunbathe.  My body ached for it.  The warmth, saints preserve us, the warmth!!   But of course, it couldn’t last.  We all knew it.  We had cheated the jet stream for long enough and now it was payback.  Once again, Colm had his finger on the nation’s pulse:

IRISH WEATHER: yeah there was a strike and all your rain got held up in the depot so I’ll drop it over now if that’s ok
IRELAND: Em thanks

However, I’m fortunate in that I’m working on my novel, so this is perfect weather to be stuck inside for days on end, just me and my manuscript, typing away and …. LET ME OUT!!!!!!!!

Ireland was obviously at the back of the queue when it came to Global warming.  There we were, expecting soaring temperatures like the rest of Europe, but oh no.  By the time our lot showed up, all that was left was – you guessed it- MORE RAIN.

Still, I guess we’re saving our skin from all those harmful rays and while you’re stuck inside on your caravan holiday like Father Ted, you can use that time productively to identify all the different types of rain there are.  If the Eskimos have 50 words for snow, surely the Irish can beat them when it comes to rain.

Well, that’s as far as I got.  Please feel free to add to the list, which is by no means exhaustive.  Answers on a postcard, but write it in pencil because the ink tends to run with all the bleedin’ rain!

PS.  To all of my readers who have kept both of my novels in the Top 100 Bestseller List in each of their categories since April – Thank you so much!  It feels really good to reach such a wide readership and just to let you know, my third novel will be available by the end of the year – come rain or shine 🙂

The Mysterious Bakery On Rue De Paris on Amazon.

I am delighted to announce that Digital Books Today will be featuring one of my blog posts on their site tonight at 5pm CST (think that’s 11 pm over here).  It’s a blog post about the Free Wee Library project in Donegal, so please head on over there if you can and leave a comment.  Don’t leave me hanging!

In other news, I just received a ‘glowing’ review from a fabtastic writer no less, on Amazon.  You can read Heather Hill‘s 5 Star Review of The Mysterious Bakery On Rue De Paris ici.

Now, you can’t live in Ireland in July without hearing this song, so for those of you living ‘offshore’, here’s a little taste of Irish summer sunshine!

Get your copy of my new novel, The Mysterious Bakery On Rue De Paris here.