I read a great thread the other day on Twitter by author Leigh Bardugo about how, as authors, we tend to perpetuate the myth of glamour and success that surrounds the magical business of getting published. Take it away Leigh!

It’s time to talk about success and ambition. Let me be clear: Everyone has their own road and I’m not here to shit all over someone else’s journey or goals. But I’ve been a part of the false narrative of success and it needs to be addressed.

She goes on to talk about how we ‘big up’ the successful moments, but downplay (or conceal) the less attractive aspects, like having to make your own merchandise to bribe people with! But don’t we all do this in our everyday lives? Pretending that everything is rosy in the garden, whether it be your marriage, your job, or your house that looks lovely but is actually developing some scary cracks and is possibly built on an ancient burial site?? But that’s enough about me. Telling little white lies about your job is just an extension of that very human need to be seen as ‘successful’ or ‘having your shit together’. We pretend we’re earning more than we are or have a bigger office.

But there is something about the truth that liberates all of us. In recent times, more and more authors are opening up about the reality of publishing and what it really looks like, behind the headlines. Irish author Donal Ryan ruffled many’s the feather by revealing that his books earned him a mere 40c per book and that he was returning to full-time employing in order to pay his mortgage. (I wrote about it for the Irish Times here).

I think there is a certain amount of embarrassment – because all we tend to hear about are the big authors who get eye-watering book deals, then sell the movie rights and next thing you know, they’re featured in some home style magazine showing off their new castle. That’s what people expect will happen when you get a publishing deal, but it is the exception. Most authors just want to earn a wage, even a really tiny one, that means they can write full time. But that’s not always the case. In fact, it’s rarely the case.

But we don’t want to let the side down, or reveal to our friends and families that actually, not all book shops will stock your book, that some people still won’t read your book even though you’ve given them a copy for free, that you have to work just as hard promoting your book as you did writing it and at the end of the day, most Irish authors earn somewhere between €500 and €5,000 per year (eek!).

Yet it seems a bit strange that authors are the ones left to gloss over these facts – as though we somehow have to protect the reputation of the publishing industry as well as our own! Well, not on my watch. Self-publishing is a great leveler and dispels you of any ‘notions’ (as we call them here) pretty early on. I’ve had to do everything myself, so signing with a publisher was a real privilege. But it’s not the end of the rainbow – there were still disappointments as well as unexpected gains. What didn’t change is the amount of effort I had to put into making sure people knew about my book.  There are so many jobs you have to do as an author that you can never invoice anyone for and I’m not sure any amount of wild success will change that.

I remember reading an article a while back (but for the life of me I can’t remember the author’s name or find the link) in which a bestselling author spoke about a reading he was due to give at a local library for his new book. About eight people showed up; one was his wife and the rest were from a local retirement home. That was shocking to me – again because I just didn’t know that most really, really successful authors aren’t celebrities. Even New York Times bestselling authors. The truth is, nobody really cares! Apart from you, your publisher and probably your bank.

So yeah, I don’t think there’s any harm in telling the odd white lie to save face, but the constant pressure to present a false picture of your life or your career – which has only increased with the dawn of social media – is just really exhausting and serves nobody. And sometimes the most inspiring stories are the ones where you didn’t make it – like, how often do we find our own inner resilience perk up when reading about authors who were rejected zillions of times? Of course, the catch is, you have to then make it big-time for your sob story to resonate, but still. Knowing that nobody really knows what their doing can be the most comforting truth of all. 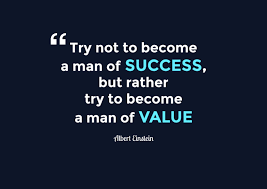